Nestled on my shelves between a collection of Norse poetry and another collection of Ottoman Lyric sits a tiny–and I do mean tiny–little book. It’s so thin that sometimes amid the shoving and re-shelving it gets lost somewhere at the back, which is rather ironic given its subject.

Michael Ondaatje’s Elimination Dance, or for those with the Bilingual Traveller’s Edition, La danse éliminatoire, is a delightful oddity.  In 1991, well before the nightmares of Dancing with the Desperate or whatever is reality atrocity is current at the moment, Ondaatje published his collection of “eliminations.” The form of the collection (which is not really poetry) was inspired by the nature of eliminations dances (which I’d never heard of before) where seemingly random “eliminations” are called out and dancers retire accordingly. Ondaatje’s eliminations are clearly inspired by the generous folly of humanity. They are too oddly specific not to be based upon regrettable reality.

“Gentlemen who have placed a microphone beside a naked woman’s stomach after lunch and later, after slowing down the sound considerably, have sold these noises on the open market as whale songs.” (12)

It the bizarre specificity weren’t enough to convince one of the basis in real life, Ondaatje himself includes the following prefatory disclaimer “All original incidences which inspired the eliminations are the responsibility of the original persons.”

So, as much as anything, Elimination Dance is a catalogue of the stupidity that we humans can get up to, from “unintentially [locking] oneself in a sleeping bag in a camping goods store” (24) to  the dinner guest who has “consumed the host’s missing contact lens along with the dessert” (16). Think of it as the pre-qualifiers for the Darwin Awards.

I offer up a selection of my favorites. 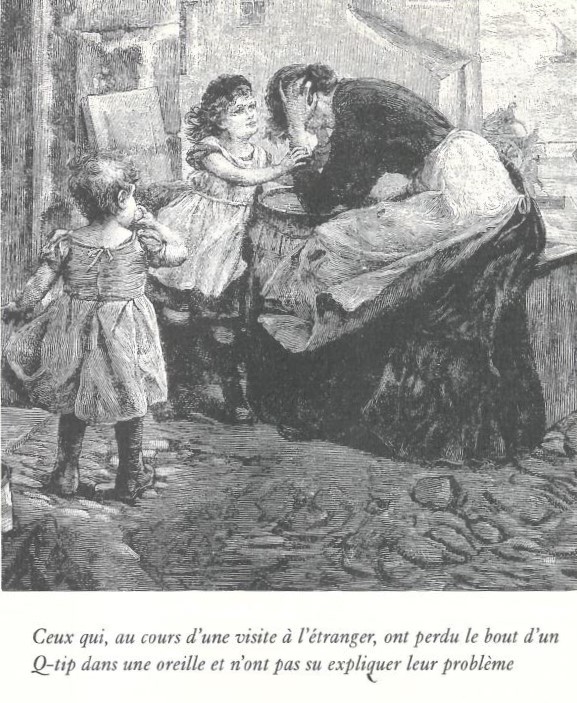 Those who, while visiting a foreign country, have lost the end of the Q-tip in their ear and have been unable to explain their problem (12-13)

I would have loved to have heard the original story that inspired this. I mean, how long is your ear canal that you lost your Q-tip in there? Does no one read the box? It clearly says, do not insert into ear. 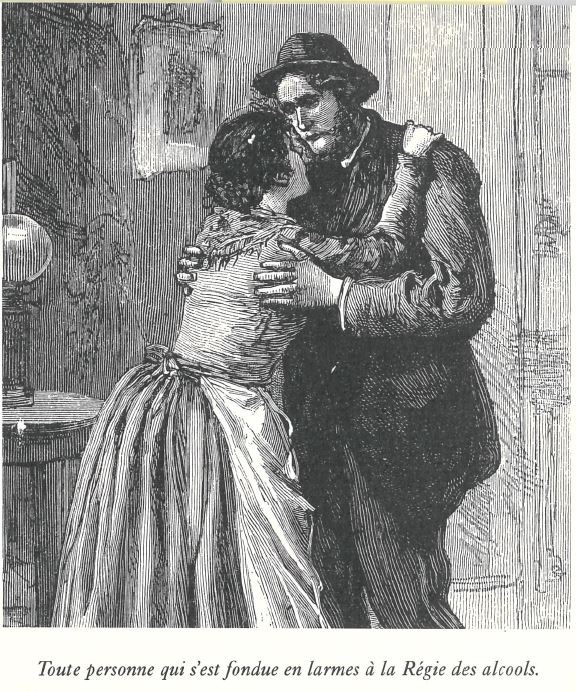 Any person who has burst into tear at the Liquor Control Board. (41-42)

Now, admittedly those LCB taxes are high, but tears? Even I haven’t done that. 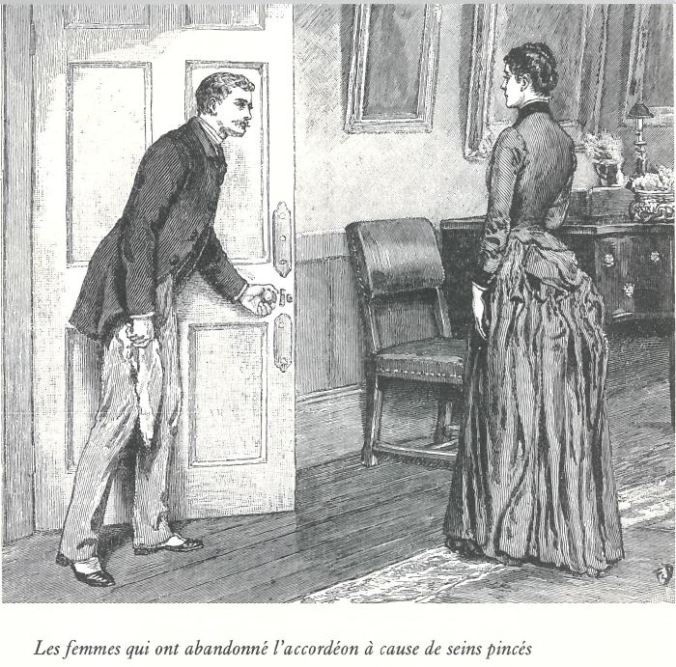 Women who gave up the accordion because of pinched breasts. (28-29)

Some might say the unparalleled delights of the accordion are well worth a little pain. I’m not one of them.

And so they go. Ondaatje includes study questions at the end which beautifully spoof the questions included at the end of both book-club books and student textbooks alike. I cannot quote the best of them here in a “family-friendly” environment, but they are rich.

Several blank pages are left at the end of the book for readers to fill in their additions. The friend who gave it to me included two eliminations of his own:

“The excessively cheerful, particularly those who inflict themselves on others at breakfast.”

“All who drink decaffeinated coffee before noon.”

I have also added a few of my own over the years:

“Former majority whips of the House who go on TV dance shows.”

“Those who cannot live without the TV being on constantly.”

“Any one who upon receiving a scholarship has marched into the office of the granting body and announced that s/he should have been given more money.”

So, consider the dance floor full.  Eliminations may now be posted.